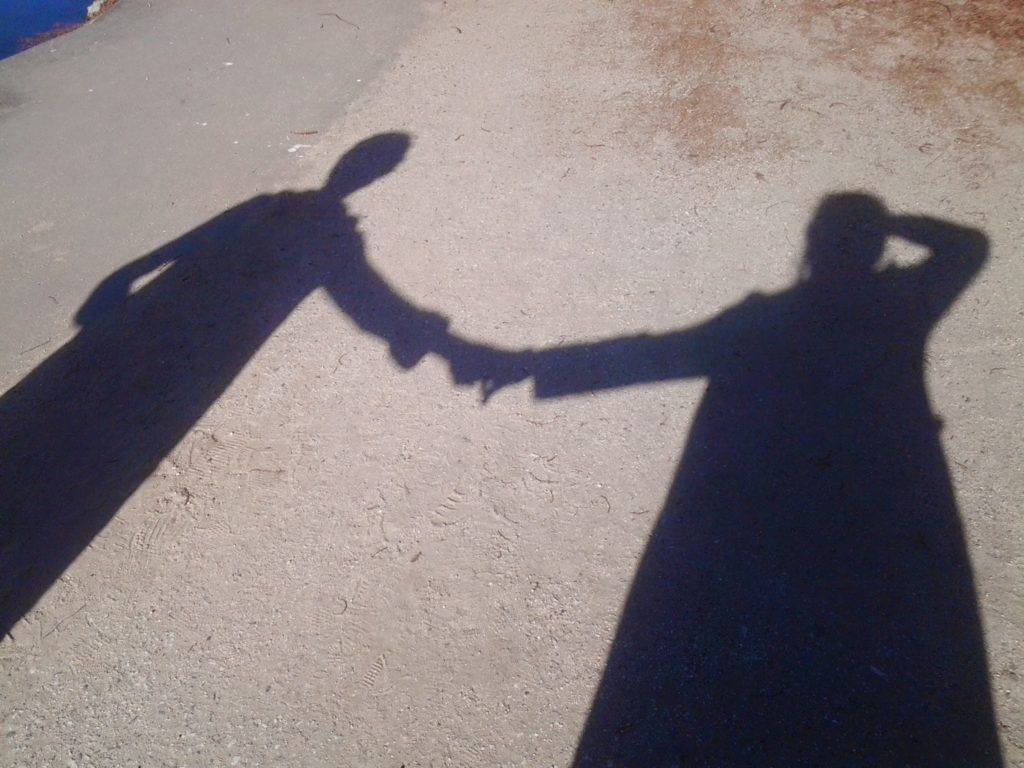 I felt it was time for me to write another piece for this series. I agreed to share my perspective regarding our marriage because it might help others. Our union is a little unorthodox, especially when you take who we are individually. We are similar in some ways but also very dissimilar. She proselytizes one thing and I do another.

Today, I want to talk about a few things that are a bit strange.

My wife told me that some Christians fall in love with their spouses because of how much they love God. You know what? When we met, her belief in God attracted me. There was also her innocent beauty, intelligence, style, and love for films. She was (and still is) my dream girl. She talked to me but would not date me because I was not a Christian. I was persistent, and at some point, she opened up to me. I know that if I met Kym today, she would share her faith with me but would not date or marry me as I am. So I’m glad I met her when she was “ weaker or freer.”

But for some reason, I find myself falling more in love with her as she “grows in Christ” or when I know she sacrifices her wants for His. It makes me curious about this Being. I envy this faith because I don’t have it or understand it. I encourage her to be the best Christian she can be because I feel she should be that close to Him if he exists. Truth be told, I hate seeing lukewarm Christians. I don’t know much about all this, but if I believed in God, I would try to devote every iota of who I am to Him. Except for a select few, including my wife, most “professed” Christians that I’ve met or seen in media are poor representatives of this so-called Christ. It’s pitiful.

I am reading what I am writing, and I am scratching my head because it does not make any sense. Why do I even care? If God exists, I consider him an enemy as you can see in my Defend Your Faith post.

Kym might have a different perspective on this, but I am going to share what I see. Every now and then, my wife feels hopeless because of the surreal obstacles in her life. She begins to romanticize her past because life was easier. I get upset when I should use these moments to coax her back to a weaker state. As I mentioned in my other post, I have discussed the reality that our lives got strangely harder when she rededicated her life to God. I told her if there is anyone to blame, it is God, since he would be the grand orchestrator. But, there I am also telling her to stop pining about a time before she was spiritually enlightened. I actually tell her to seek her God when she feels discouraged, defeated, or hopeless.

So, yeah, I’ve seen Kym evolve over the years, but you know what? Though she remains on guard when I talk, she has been enlightened by me, too. Apparently, I have said things that have given her clarity or even helped her understand something she had been pondering for some time. We joke about it sometimes by saying I put on a “Christian hat,”  but it is strange that this happens to say the least.

Our lives are full of strange moments that I cannot explain. At times, I find myself conforming to what she shares with me. We are in agreement, and we change together. Though, this is not always the case.

You know what else? I have a problem with vengeance, which I’ve had since I can remember. But when I married Kim, I began to notice it was harder for me to keep a grudge with people like I did before. My wife thinks this is because of our union, prayer, & that God is softening my heart and working on me.

Truth is, I do not know how all this works. The God she worships could be Zeus or any other God for all I know or maybe no one at all.  All I know is she is the most important person in my life, and I know that I love her. There is a crushing and tumultuous world out there, but everything finds quietude when it’s just Kym and me. Time drowns its ceaseless ticking and leaves us stranded in an abyss between a moment. And I find myself in love with a woman who loves some ‘possible’ being more than me.

Previous Post:
Crystal Wisdom: Practices I Do Not Take Part in
Next Post:
Comforting Bible Verses When Dealing With the Sadness of the World